The struggling case story of achievement 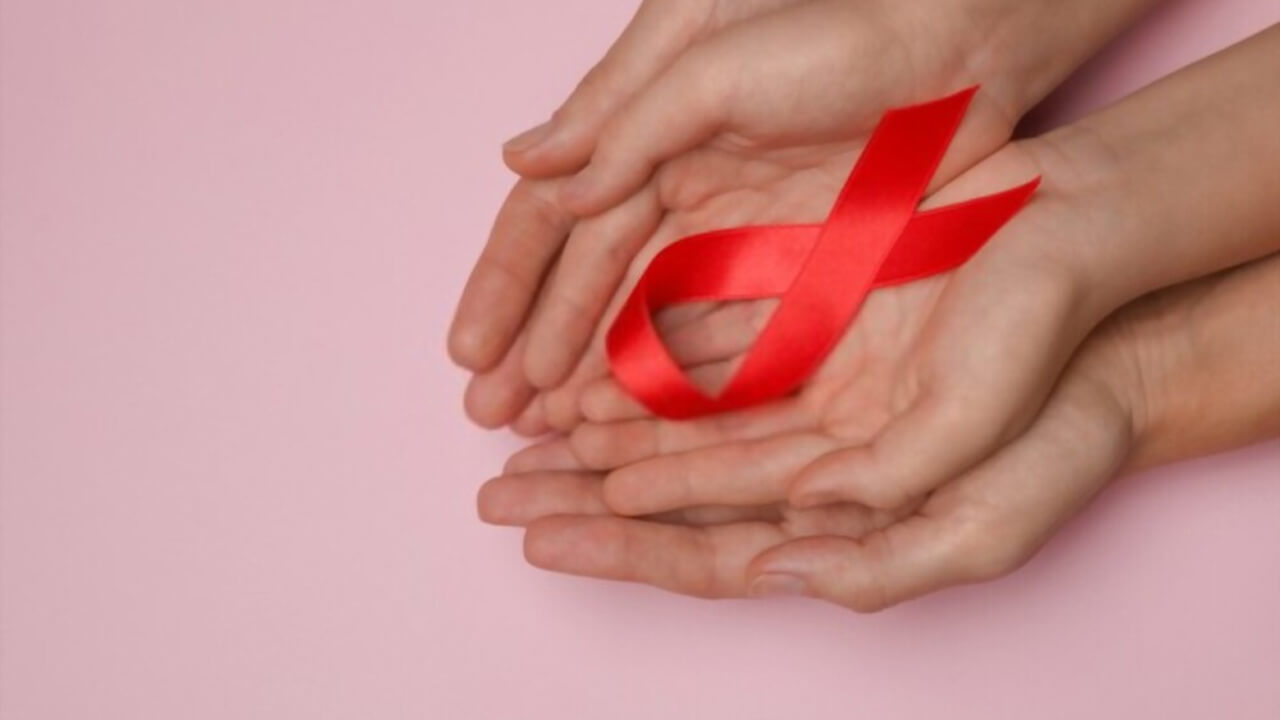 The clock sticks at 5 am, in the morning. The golden rays of the sun give a bright colour to the clouds and meadows. But somehow that bright sunlight isn’t able to enter Chaitali’s room. Is this because the window is so small or is it she keeps her almirah in such a way that it blocks the window, Chaitali wonders!! Isn’t it so irrelevant to think such things now? She must hurry up to lose all adornments like her bangles and ‘sindur’ and must wear white clothing. Wiping tears from her eyes Chaitali put down the glass of water. This is the glass of water she offered to her dying husband! She became a widow today!

Chaitali Ghosh (37yrs.) a Peer Counselor of Vihaan programmer call her past life while sipping hot tea. ‘I always want to be independent’ as Chaitali says, I loved to sing since childhood and hence decided to be a singer in life. So when Mr Uttam Ghosh came to her house with a marriage proposal, she shouted out. But for 15 years old it was difficult to stand against her family. So, she got married and soon after became a mother of 2 children.

‘Life was smooth after marriage and I was actually happy to think I can give a bright future to my children, they will do higher study and will go to the office by car” said Chaitali. The only thing that bothers her was, her husband coughing a lot and had a high fever occasionally. As he works in Mumbai as a jeweller Designer he did not come to the house regularly. But soon after their first child born, Uttam came back to the home with severe fever and Diarrhea. Treatment starts in local hospitals and Chaitali came to know from Doctors that this was the third time they treat him for Tuberculosis. Chaitali forgave him for hiding the information. She offered all her jewellery to turn as cash and spend it for her husband’s treatment.  But instead of improvement, sores developed in Uttam’s mouth and genitals. ‘There was no hope. But because I believe that miracle can happen I forced to admit him at Medical College, Kolkata for better treatment.”  Chaitali said.“I never forget the day when the counsellor explains the HIV status report! “Streams of tears flowed faster than my heartbeat –“never, never I forgive him! Not only had he poisoned me but my younger child as well!” he is HIV + too. She sobbed. “The week I came to know about my HIV status, my husband died, after 5 years of suffering. “There was nothing left, nobody left, no reason to move. Chaitali looks exhausted to recall all her past. “I decided to kill myself”. It was Chaitali’s brothers and father who carry her immediately to the hospital and the doctor washed all the sleeping pills from her stomach.

And then the struggle starts for a new life. After coming back from the hospital Chaitali realized she is the only hope for her children. The older 4  years, still quite young to understand anything, and the younger, her favourite 2 years old HIV + is the reason for her life. Although she had no idea where the money comes to feed her children she decided not to step back anymore.

She came to know about the positive people network from the hospital. She starts going there and soon be a part of their awareness programme team. She starts disseminating knowledge about HIV/AIDS through her singing and role-play. A local NGO offered her Out Reach Worker job and she accepts that. After working for 2 years on that NGO, she moved to the PPTCT programme where she found the meaning of her life. She given all her time to identify all HIV+ mother and did not leave them until the child is 18months old. From her entire heart, she did not want any children to suffer because of their parent.’I know how difficult is for a mother to believe that her child born with HIV”. Chaitali explained. In 2016 she moved to Vihaan Program as a Peer Counselor. ‘I was astonished to see that there was many more like me! Vihaan give me the opportunity to explore more the HIV community. By sharing my experience I try to stop many more Chaitalis who want to kill themselves because of their HIV status.

From 15 years to 37 years, it takes nearly 22 years to turn Chaitali from a dependent ignorant girl to a liberal independent woman. Today she is an example of hope and positivity for all others who became HIV positive because of their loved ones. Through the Vihaan program, she continues to spread the message of awareness and precautions. Although she knows that there were so many ignorant or violent behaviours she might face if she discloses her HIV status, but she never afraid. She is proud of what she is doing, as she said to quote after Lyndon B. Johnson “Yesterday is not ours to recover but tomorrow is ours to win or to lose.”

Consent letter from Chaitali in her own language: 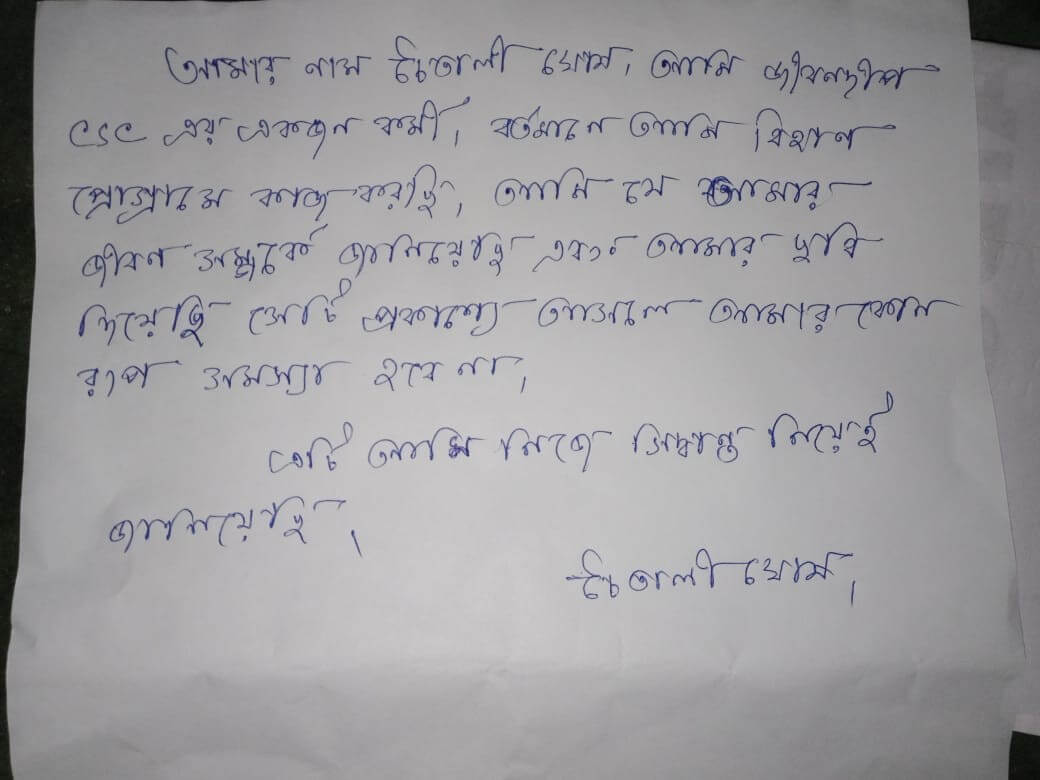 PrevPreviousHIV is not an End 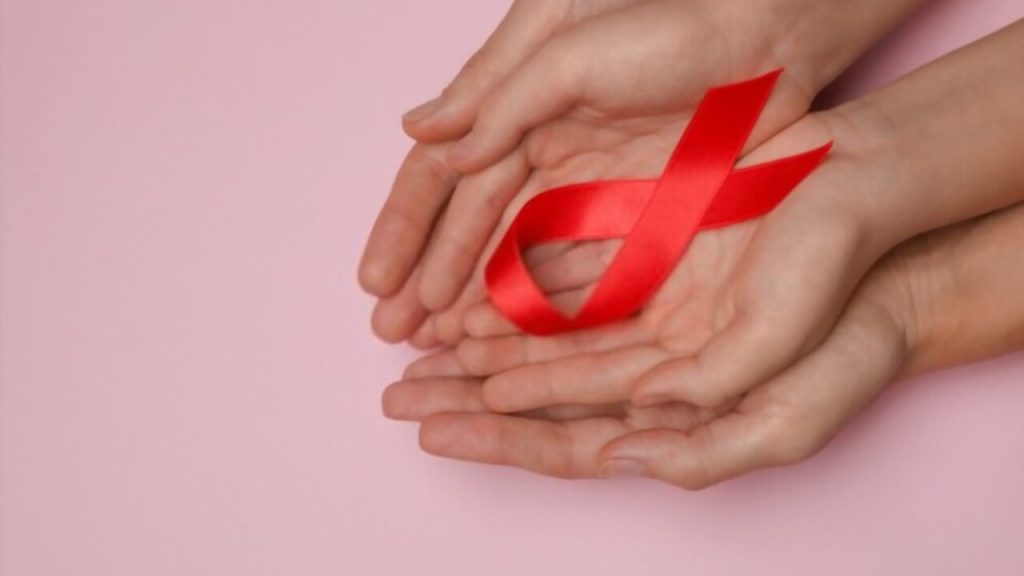 The struggling case story of achievement

The clock sticks at 5 am, in the morning. The golden rays of the sun give a bright colour to the clouds and meadows.
Read more 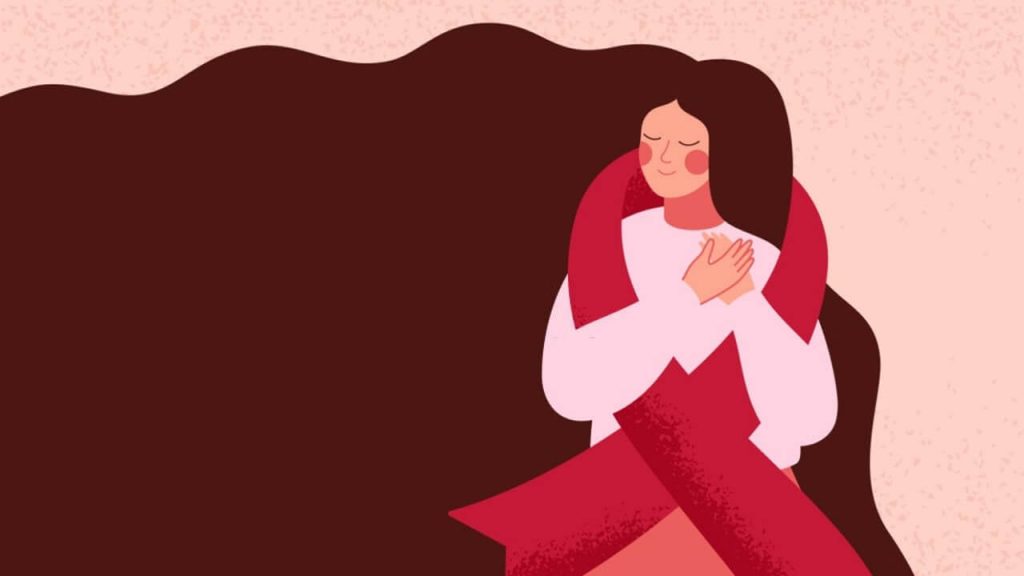 HIV is not an End

Life seems to be blank for Salema when she gets her HIV status positive! Till days she was fighting with poverty only, but now
Read more 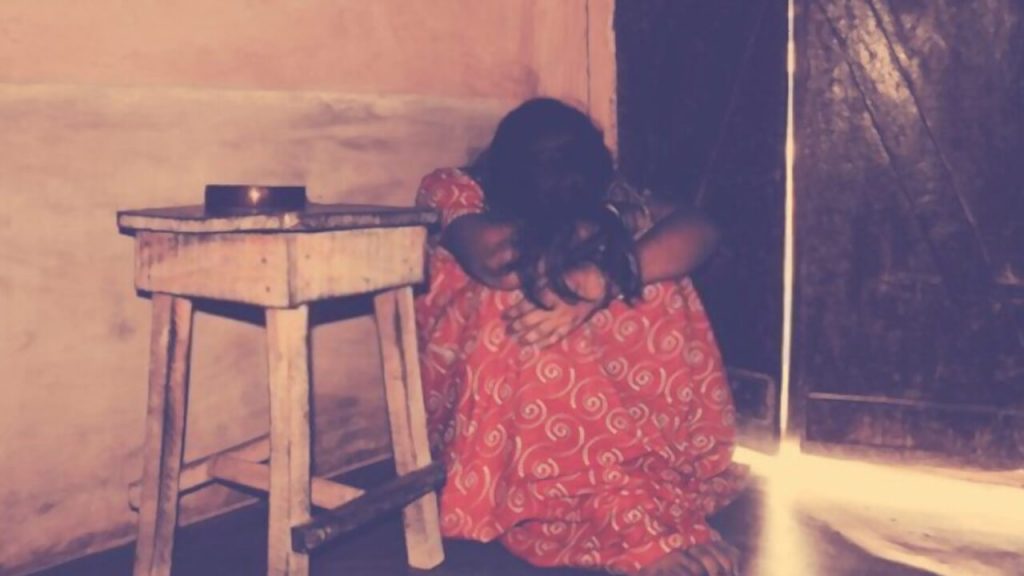 ‘Bani can you hold Ravi for a minute? I really need to finish cooking now, otherwise, we did not get anything from the Ration
Read more 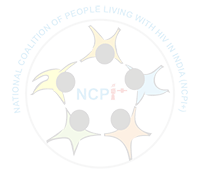 We envision an active, transparent and constructive participation of PLHIV

National coalition of people living with HIV in India is a charity based registered organization. It is having the nature of community-based organization that works with the core principle of “work for PLHIV, of PLHIV and with PLHIV”. NCPI+ is registered with the Society Registration Act 1860 and its Registration no. S/978/districts South, New Delhi.